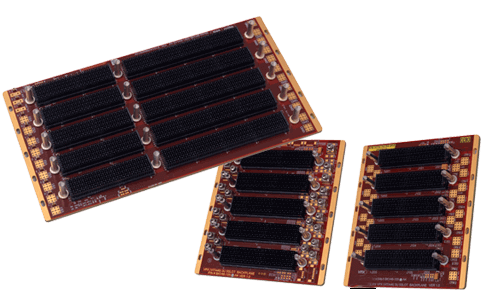 VPX, formally known as VITA 46, is an ANSI standard (ANSI/VITA 46.0-2007) that provides VMEbus-based systems with support for switched fabrics over a new high speed connector. Defined by the VITA working group it has been designed specifically with defense applications in mind, with an enhanced module standard that enables applications and platforms with superior performance. VPX retains VME's existing 6U and 3U Eurocard form factors, supporting existing PCI Mezzanine Card (PMC) and XMC mezzanines (PMC with high-speed serial fabric interconnect), and maintaining the maximum possible compatibility with VMEbus.

VME is a high speed and high performance bus system with powerful interrupt management and multiprocessor capability. It was created by combining VERSA-bus electrical specifications with the Euro-card format. It is physically based on Eurocard sizes, mechanicals and connectors (DIN 41612), but uses its own signaling system, which Eurocard does not define.

The VME-bus specification has since then been refined through revisions and as well upgraded to VME64x and VXS in later years. VME still represents one of today's most used industry bus standards. Read More 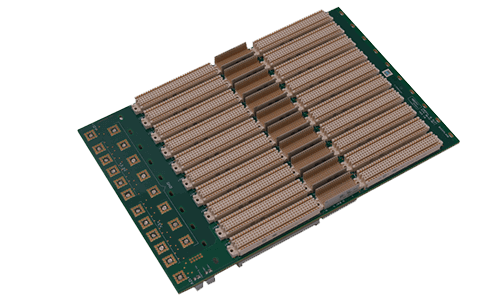 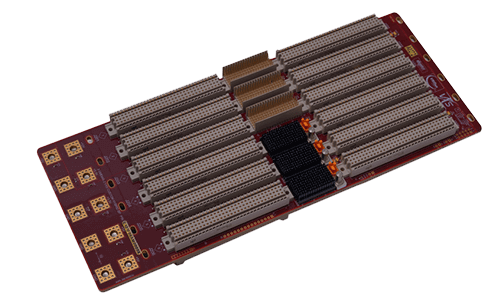 VXS, is an ANSI standard (ANSI/VITA 41) that improves the performance of standard parallel VMEbus by enhancing it to support newer switched serial fabrics. The base specification (ANSI 41) defines all common elements of the standard, while "dot"-specifications (ANSI 41.n) define extensions which use specific serial fabrics (such as PCI Express, RapidIO, StarFabric and InfiniBand) or additional functionality. VXS is backward compatible with VMEBus. It is defined by the VITA (VME International Trade Association) working group.

In common with other similar standards, VXS comprises a ‘base line’ specification, which defines the basic mechanical and electrical elements of VXS, together with a series of ‘dot level’ specifications, one or more of which must be implemented to create a functional module. Read More

CompactPCI is a computer bus interconnect for industrial computers, combining a Eurocard-type connector and PCI signaling and protocols. Boards are standardized to 3U or 6U sizes, and are typically interconnected via a passive backplane. The connector pin assignments are standardized by the PICMG US and PICMG Europe organizations. The connectors and the electrical rules allow for eight boards in a PCI segment. Multiple bus segments are allowed with bridges. 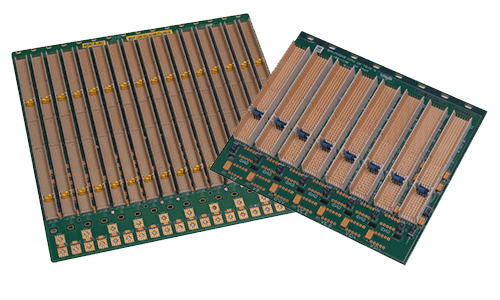 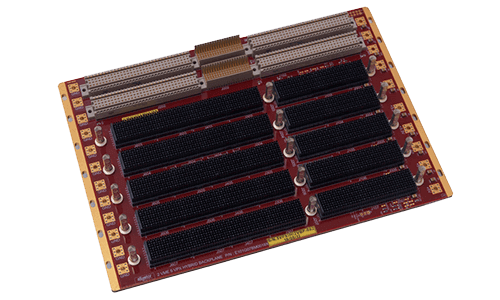 VPX is a high performance architecture using switched serial fabrics, typically in a mesh topology that offers tremendous bandwidth potential. While different from the traditional VME64 P0/P1/P2 backplane architecture, VPX can be compatible with legacy systems in "hybrid" backplanes. The VMEbus signals can go across the MultiGig high-speed connectors to the legacy VME/64x slots. VME64x uses the VME parallel bus across a 160-pin DIN connector. Read More

The Power Interface Boards are separate boards for the power section of the backplane. They are used to facilitate pluggable power supplies, headers, and utility connectors.

The Power Interface Boards are separate boards for the power section of the backplane. They are used to facilitate pluggable power supplies, headers, and utility connectors. The standard backplane lines utilize power taps and power studs, which are wired to the power supplies. With the PIBs, customers will be able to choose between standard power interface and pluggable modules. The power boards come in standard 3U and 6U heights and contain one or two 47-pin Positronic hot-pluggable power supply connectors (Positronic PCIH47F9300A1-246.0), and a 20-pin header for voltage sense and IPMB interface (Two power taps are for +5V, two for 3.3V, and four for GND. There are also four Fast-on blades each for -12V and +12V (AMP 63650-1 or equivalent). (For the 1 ps connector version, reduce the number of power taps and faston blades listed above in half.) The PIB interfaces to the backplane via power bugs with 6/32 screws. The design also includes mounting holes, allowing the PIB to be securely fixed to the chassis. Read More 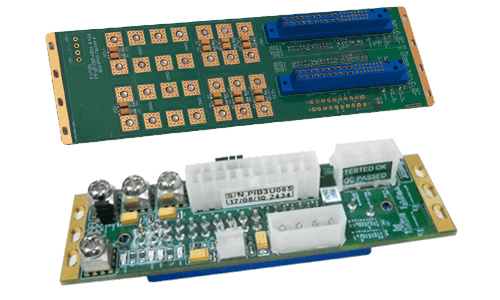 Customization is the standard at Trident. With an extensive offering of standard products as a foundation, we are able to leverage existing solutions and proven design concepts to meet any custom application. This approach ensures that Trident will provide quality, compliant solutions with significantly reduced lead time, cost and risk. This in-depth knowledge extends across technologies, including VPX, VXS, VXI, VME/64x and CompactPCI.